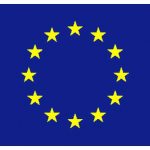 The YWEP targeted over 200 vulnerable young women up to 35 years of age who find themselves unemployed or underemployed.  These young women have been provided with much needed vocational and entrepreneurial training and given the ability to better source jobs and start their own businesses.

Other project objectives brought attention to gender stereotyping in the vocational choices of women and the GARD Center worked closely with the Directorate of Gender Affairs and personal mentors to bring to the fore gender issues that impact and influence women’s choices in income generation and provided strategies for overcoming these barriers. As such, a number of initiatives and activities encouraged women to enter into the more male dominated employment and entrepreneurial areas are being implemented.  To this end, much of the training offered focused  on preparing young women to enter the traditionally higher paying male areas.  A number of courses including Yacht Maintenance, Computer Repair and Garden Technician as well as new courses Small Business Enterprise were introduced.

At the end of the two year project 132 young women graduated from the vocational stream and 88 from the entrepreneurial stream.

GARD Center continues to work with a number of institutions and business partners to provide internship and job placement opportunities for the graduates.

A critical component of the programme was the establishment of a Business Development Unit (BDU) in St. John’s, to assist persons who, after training, would like to start their own enterprises. Project Manager of the YWEP, Kareem Francis, said: “With the establishment of the BDU, individuals will now have an avenue and one-stop venue through which they can seek guidance in setting up businesses, access training and source funding through our arrangements with a number of cooperatives.”

After two and a half years in St. John’s, the BDU has been relocated to the GARD Center’s headquarters at Mercer’s Creek, east of Pares Village.

The Board and staff of the GARD Center are truly grateful to the European Union for this invaluable partnership as it continues to equip the young women of Antigua and Barbuda with the necessary skills to  benefit themselves, their families and the society.