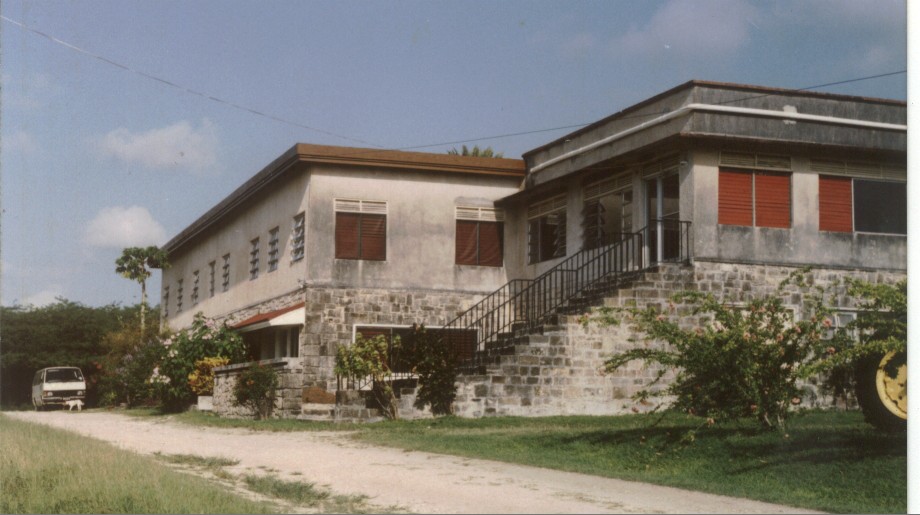 In 1852, Gilbert’s contained 323 acres and 158 slaves. There is said to be a large slave burial ground on this former sugar Estate. In the 1880s, steam power was introduced and many estates converted, including Gilbert’s. In the process, the mill was cut shorter, plastered inside, and the opening was
sealed off, converting it into a cistern.
Subsequent owners of the Estate were:

The Gilbert’s Estate was owned by Nathaniel Gilbert, a lawyer and politician in Antigua in the early 1750s. He was the Speaker of the House of Assembly and also managed this former sugar estate owned by his family.
Nathaniel was introduced to Methodism by his brother, Dr. Francis Gilbert, who was converted by the teachings of John Wesley, the founder of Methodism in England. In 1758, Nathaniel Gilbert took his family and household slaves to England to be baptized by John Wesley. When he returned to Antigua one year later, he retired his political and legal ambitions and devoted his time to preaching to both whites and
blacks. He held services in his Estate house, which is now the Gilbert’s Ecumenical Center. The original staircase leading to the back courtyard, still intact, is where Nathaniel used to preach.
After he died in 1774, three of his servants, Bessie, Sophia Campbell, and Marry Alley, started their own ministry among the slaves and kept the religion alive for many years before John Baxter, Methodist Local Preacher and shipwright, arrived from England.